All of the vector art available on the Spicy Yoghurt website is created by using the vector drawing software Inkscape. In contrary to software like Illustrator it's open source and completely free. The interface needs some getting used to, but after a small learning period it's one of the best free editors available.

The people from Inkscape have been working on the new v1.0 beta for months now and a first version was released december 2019. The beta is available for Windows, Mac and Linux users and brings a lot of mayor and minor improvements. It's an impressive list of new features, ranging from performance improvements to being able to rotate the canvas.

One of the biggest changes however, comes for Mac users only. The old Inkscape used to rely on XQuartz to run on macOS. But with the new version this is no longer the case. Inkscape can run completely on its own and you no longer need any supporting software. And in contrary to its predecessor, the new Inkscape is now compatible with the latest macOS, Catalina.

As frequent user, Spicy Yoghurt had to put this new version to the test. We installed the Mac version and went to work. The result is this new piece of vector art. It's a bit like the last one (check out this Spicy Yoghurt Instagram post ) and fits the space theme. 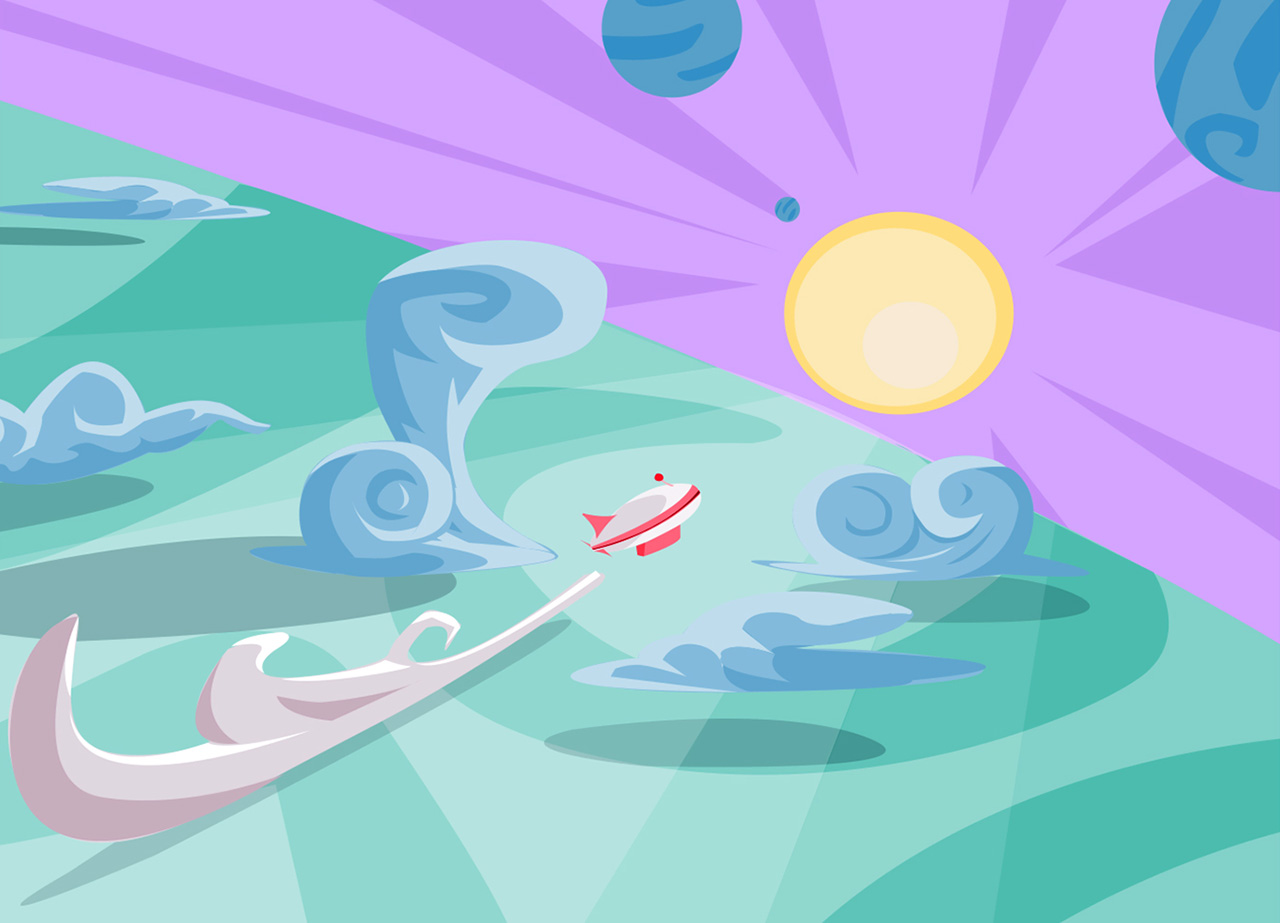 Working with the beta for a few hours gave a nice view of the new software. Unfortunately, it's still a bit buggy. You can notice it right away when you start the application and try to open the layers panel. It won't open after clicking the button, like you would expect, but it needs you to resize the window to trigger the panel. There are some other visual bugs, and the performance isn't quite there yet either.

But it's definitely not all bad. Apart from the small bugs, Inkscape didn't crash once and creating new artwork is completely doable. And let's not forget the big plus here, Inkscape runs as a native application on MacOS Catalina. The compatibility issues are gone and it cuts a big slice of the boot time of the application.

To cut it short, you can safely try the new v1.0 beta of Inkscape. It has some bugs that need to get squashed, but it's definitely workable. You can start right away and create some nice vector art. If you need a more stable version you can always revert to v0.92 (except for Catalina users), or you can wait for the official v1.0 release of course (no official release date announced as of today).